Charles Sturt University (CSU) is moving towards a new generation of power to save money and the environment.

CSU has built a cogeneration, or cogen, power plant that will improve the University's efficiency in energy use while also lowering its annual greenhouse gas emissions by seven per cent.

This cogen milestone will be celebrated at CSU in Bathurst at 11.30am Tuesday 30 September with the official opening of the system by the University's Vice-Chancellor, Professor Andrew Vann, and NSW Member for Bathurst the Hon. Paul Toole, MP.

"Charles Sturt University aims to become a carbon neutral organisation by 2015, and a key component of our journey towards this is through improved energy efficiency within our buildings and facilities.

"Some of our initiatives to date include co-funded energy efficiency audits, technical advice relating to implementation of audit recommendations, and published technology reports for lighting and cogeneration, to name a few."

Cogen uses natural gas, which emits low amounts of carbon dioxide, to power a large engine to generate electricity. The CSU system will produce 65 per cent of the power needed for CSU in Bathurst, for use in student residences to equipment used in research laboratories.

The engine's heat recovery system will also provide hot water for use in many campus buildings and for heating.

The switch to cogen energy has been about four years in development.

Manager of CSU Green, Mr Ed Maher, is pleased to see the system now in operation.

"The cogen plant will generate more than half the electricity needed on the campus, will help cut costs, and most importantly, reduce the University's carbon footprint."

CSU estimates that after one year of operation, the cogen plant will save the University $247 000 compared to power used from the electricity grid, and reduce greenhouse gas emissions entering the atmosphere by 2 870 tonnes. 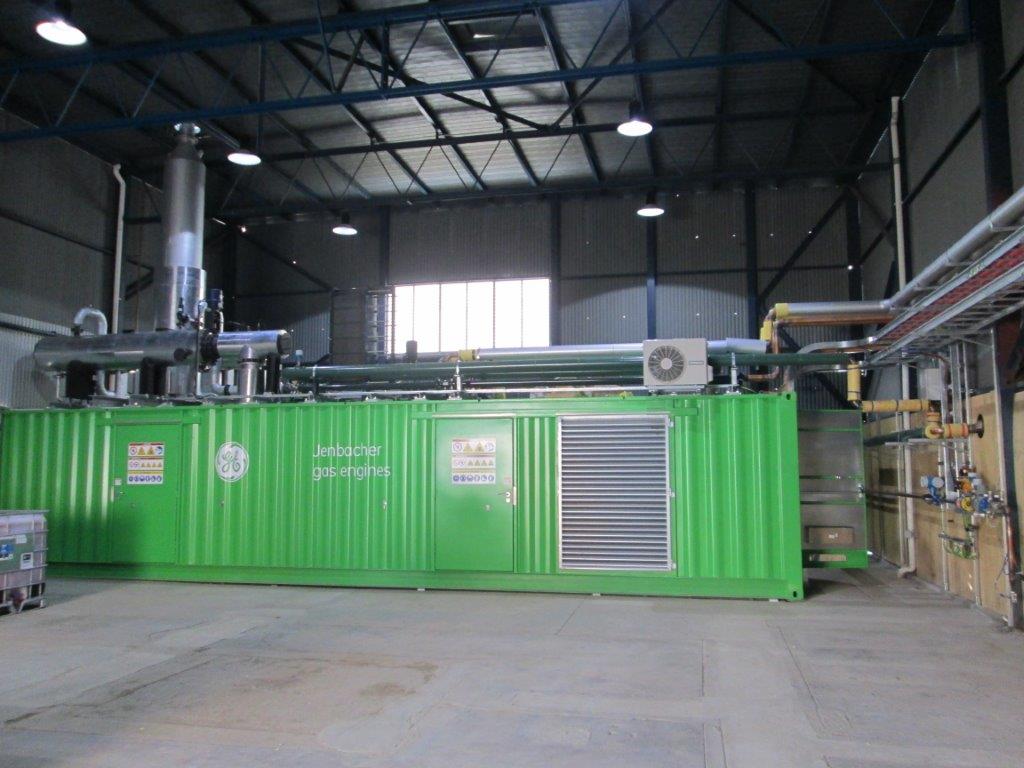 The cogeneration system at CSU in Bathurst

Find out what else has been happening at CSU. Visit the CSU News webpage.