Can we grow tastier Aussie lamb? 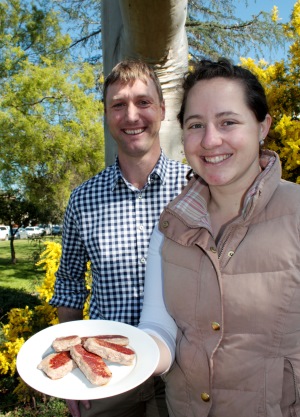 In the quest to serve the tastiest lamb chops and roasts, a meat quality trial run by the Graham Centre, a partnership between the NSW Department of Primary Industries (DPI) and Charles Sturt University (CSU) has taken lamb to the ultimate test – on the plate.