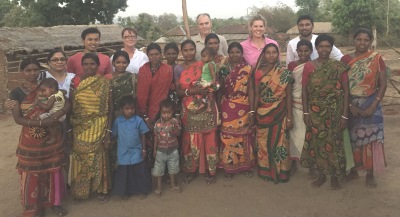 A project that is attempting to bridge the distance between women farmers through sharing cross-country perspectives on developmental issues has been boosted with a recent visit by Australian project collaborators to villages in India to meet with women farmers.

The project aims, in particular, to build conversations between women farmers in Australia (Central West Farming Systems) and India (Self Help Groups) through the virtual space. In doing so it will enable experiences to be shared and learning to occur. 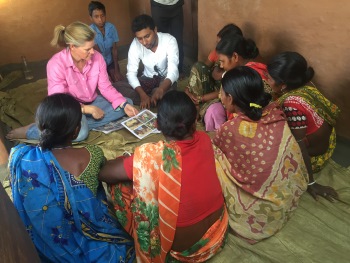 “The project will explore potential approaches to the process and how challenges such as language differences can be diminished while using internet based communication tools,” said Gavin Ramsay.

“The conception of distance is not just the physical distance that has to be overcome, but includes social and intellectual distance.”

Initial project activities include an exchange point for building capacity and an understanding of the agricultural role of both groups of women and where and how it is similar and the differences between the two countries. Project activities will be developed in the spirit of deriving and understanding what transformation means for each group, and will focus on establishing connections between countries.