Paterson’s curse the focus of PhD

Graham Centre member Dr Dominik Skoneczny has been awarded one of the highest honours the University Council can confer on a graduate, capping off a ‘round the world’ research experience. 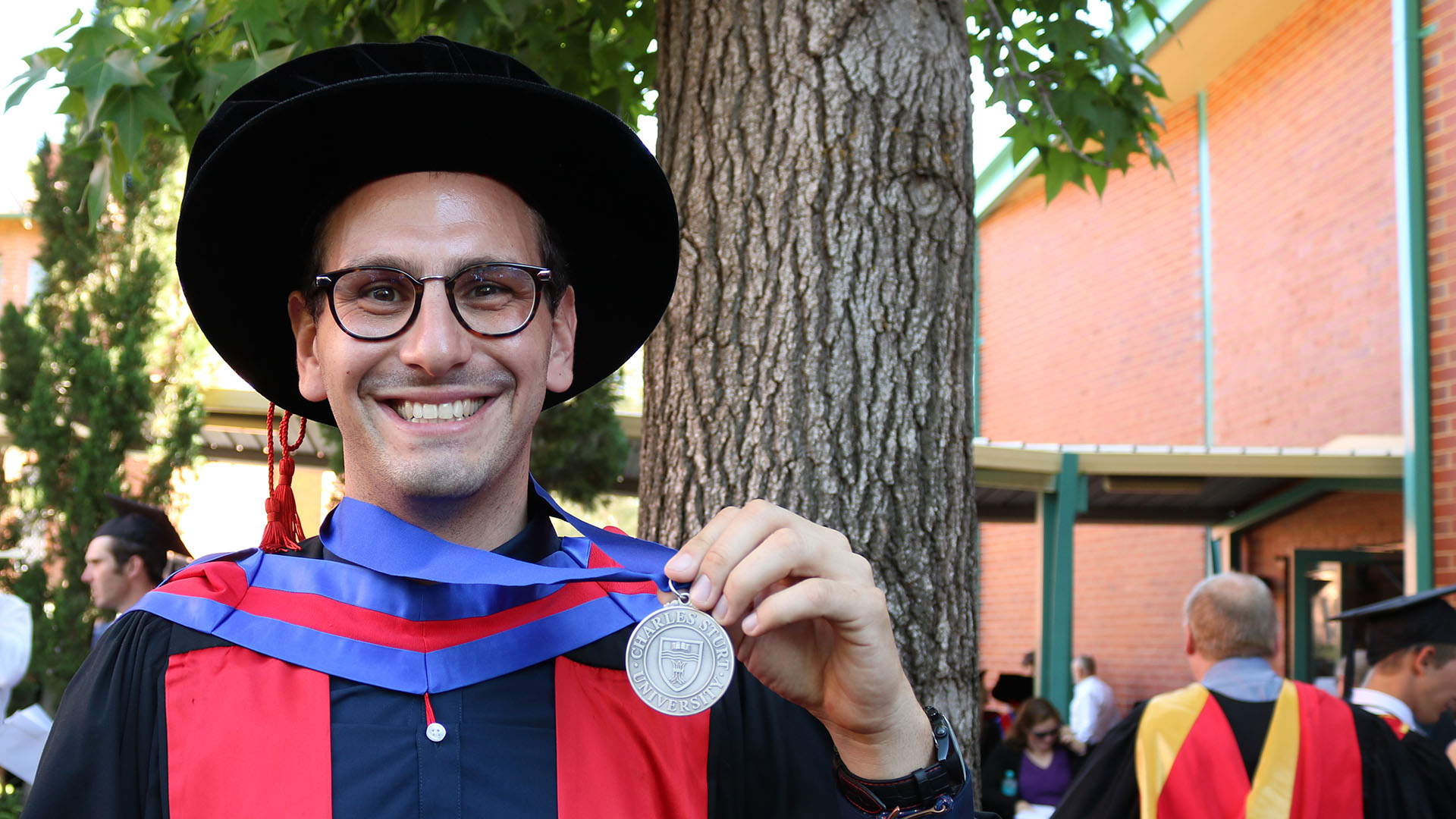 Dr Skoneczny was presented with the CSU Higher Degree by Research University Medal, in recognition of his outstanding research thesis, at a graduation ceremony in Wagga Wagga on Tuesday 12 December.

Originally from Poland Dr Skoneczny moved to Wagga Wagga for his PhD but the study on an invasive Australian weed, Paterson’s curse led him back to Europe to collect information and samples from the weed's native populations.

“This comparative geographical approach was performed to understand why this weed is so invasive and toxic in Australia while it is uncommon in its native range, the Iberian Peninsula,” Mr Skoneczny said.

"Paterson's curse was introduced to Australia in the mid-1800s and in just about 200 years it has spread across 30m ha in SE Australia and is estimated to cost Australian meat and fibre industries $250 million a year in lost productivity, control and fibre contamination.

“During my research, which was part of a larger project funded by the Australian Research Council, we collected samples from numerous plant populations in Australia, Portugal and Spain to examine the genetics, chemistry and ecological impacts of Paterson’s curse.

“I then developed a metabolic profiling platform, using state-of-the-art mass spectrometers at the University’s National Life Sciences Hub, which allowed us to have an insight into secondary metabolism of leaves and roots of Paterson's curse.

“My research has led to the identification of two groups of bioactive defence metabolites and showed that some of them are stress regulated, high temperature, drought, herbivory.

“However, one of the most interesting discoveries of my project was to find that Australian populations of Paterson's curse produced up to six fold higher levels of antimicrobial and phytotoxic metabolites known as naphthoquinones in their roots in comparison to native populations in the Iberian Peninsula.

Dr Skoneczny was awarded a CSU Postgraduate Research Scholarship (CSUPRS) and his research was supported by the Graham Centre for Agricultural Innovation, and the Institut de Recherche pour le Développement also provided a travel grant.