Paddock to the plate, National Science Week is an opportunity to reflect on the role that science plays in agriculture, writes Acting Director of the Graham Centre for Agricultural Innovation Dr Marta Hernandez-Jover. 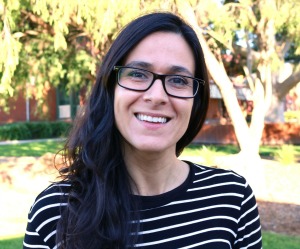 The Australian Bureau of Statistics (ABS) reports that the gross value of Australian agriculture increased by $3.1 billion to $56 billion in 2015-2016. Science is present throughout the production of our food and fibre. From the plant breeders responsible for new crop varieties to soil scientists, agronomists, veterinarians, engineers and hydrologists developing new practices. Food technologists who are researching new products and social scientists helping farmers and communities adapt to change-the list goes on.

Australian farmers are regarded as some of the most efficient, adaptable and innovative in the world and scientific research is at the heart of that. For example, research by the Australian Bureau of Agricultural and Resource Economics and Sciences (ABARES) has shown that despite difficult seasonal conditions wheat yields have improved significantly in the last decade. ABARES has reported that climate adjusted wheat yields increased from 1.8 tonnes per hectare in 2005-2006 to 2.2 tonnes per hectare in 2014-2015 saying that technological progress is offsetting the impact of deteriorating seasonal conditions.

The Australian agricultural sector is facing some challenges though, among them climate variability, increased input costs and competition in global markets. There are broader issues too, it's estimated that the global population will double by 2100 requiring a 70 per cent increase in food production. Australia has a big role to play in producing food but also in sharing our knowledge and expertise to help less developed counties build their agricultural capacity.

Innovation that's driven by sound science and built upon producer and industry engagement is the key to meeting those local and global challenges. As Acting Director of the Graham Centre for Agricultural Innovation I see this every day in our research to improve the productivity, profitability and sustainability of our grain and red meat industries. It's there in the development of weed management and conservation farming practices to meet the challenge of herbicide resistance and to increase the productivity of our grain growing enterprises. Graham Centre scientists are working to improve grain storage and processing, and to develop functional foods with benefits for human health. Our research is also underpinning new ways of managing pastures to make livestock enterprises more profitable while other projects aim to improve animal health and welfare.

The Graham Centre is a research alliance between Charles Sturt University (CSU) and the NSW Department of Primary Industries (DPI) and we're focused on delivering meaningful research outcomes for primary industries in our regional footprint. The Graham Centre has more than 40 higher degree research students who are passionate about science and agriculture. These students are the scientific leaders of the future and their work is crucial to increasing the capacity of our rural industries to innovate.

So as you sit down to a meal this National Science Week consider how science has contributed to making that product and how research, development and innovation can deliver further benefits to our agricultural producers, consumers and our community.

This article has been published on Open Forum.