When Dr Shumaila Arif is awarded her PhD from Charles Sturt University (CSU) on Tuesday 11 December it will demonstrate the value of research to improve the health of farmers in developing counties.

Dr Arif’s research through the Graham Centre for Agricultural Innovation and CSU School of Animal and Veterinary Sciences focused on brucellosis in smallholder farming systems in Pakistan.

“Brucellosis, is a zoonotic disease that can be transmitted from livestock to people and is of particular concern in countries where the disease is endemic and in farming systems where people have frequent contact with animals.” Dr Arif said.

“My research has improved our knowledge of the presence and distribution of brucellosis in Pakistan, and has recommended a new structure of diagnostic testing for the disease.

“In addition, the presence and distribution of the disease was recorded and research working closely with smallholder farmers identified the level of risk and methods to reduce that risk.

“I found that most people were not aware of the risk of zoonotic diseases being transmitted from domestic animals to humans, especially from cattle and buffalo,” Dr Arif said.

Although awareness of brucellosis in animals was high, farmers did not think they could get the same disease from their animals. 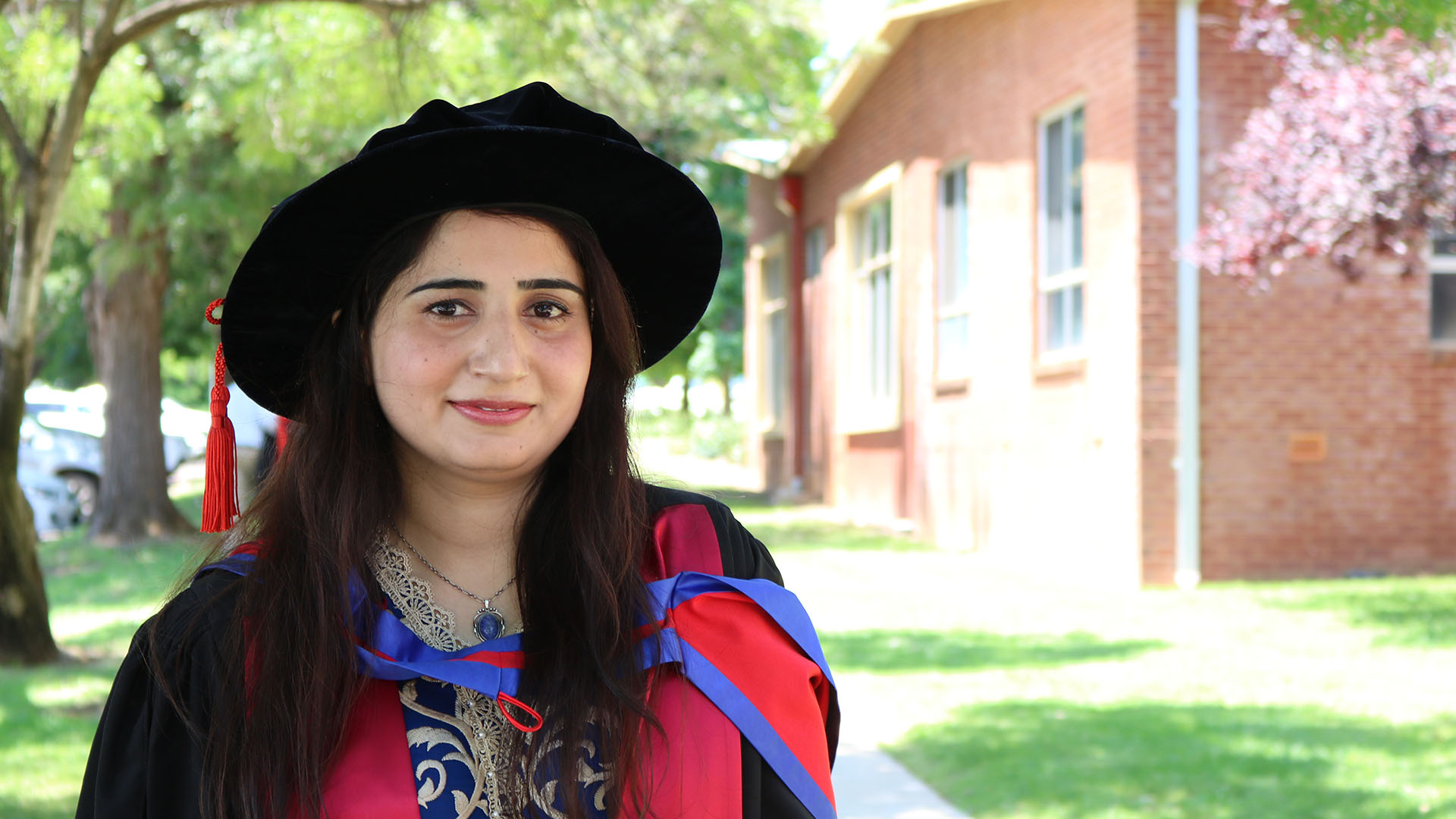 “Findings from this study also showed a high level of risky practices being undertaken on farm and at the household across a number of regions.

“Farmer perceptions about brucellosis were also guided by cultural and religious beliefs which could be ill-informed and inappropriate.

“For developing countries like Pakistan, targeted and culturally appropriate health education is required to increase the awareness of not only brucellosis but other zoonotic diseases.”

She is continuing her interest research for development working as a Project Manager in an ACIAR funded project in Pakistan which aims to enhance small ruminant health and production to benefit smallholder farming families.

Dr Arif is one of six PhD students from the Graham Centre to graduate at CSU in 2018.