Graduation a celebration of research to further agriculture

Growing up on a farm at Matong NSW, Charles Sturt University Bachelor of Agricultural Science (Honours) graduate Mr Nathan Hatty has seen plenty of grain harvests, but for the last year he’s been studying the stubble left behind. 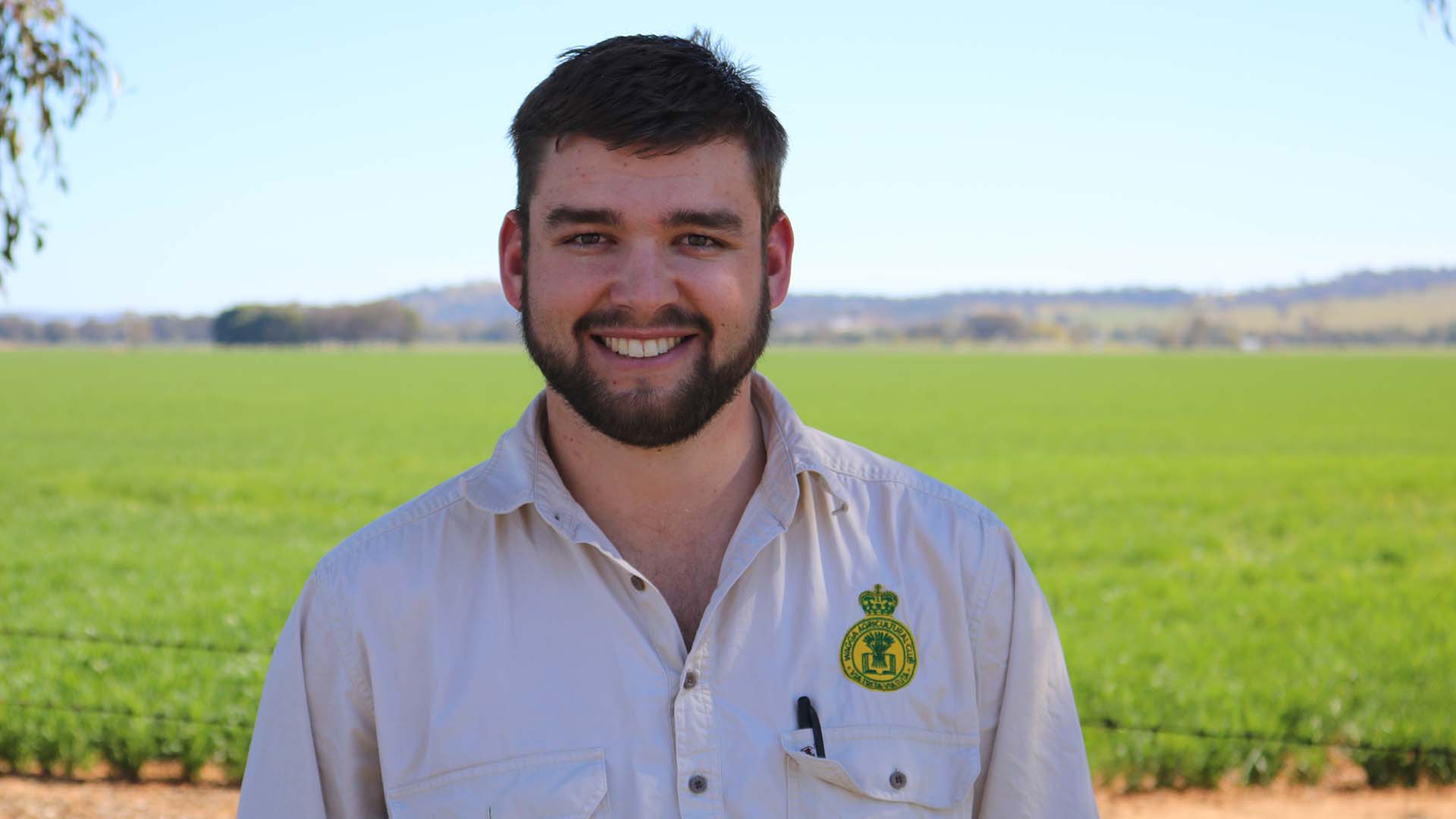 Supported by a scholarship from the Graham Centre for Agricultural Innovation, Mr Hatty has been examining how the taller wheat stubble left by a stripper harvester front impacts on the micro-climate, soil moisture, and the growth of the subsequent crop.

“Grain growers have been moving towards production systems that improve soil moisture conservation to maintain productivity in dry years and this has seen the adoption of stripper fronts at harvest to leave the maximum amount of stubble standing,” Mr Hatty said.

“A stripper front pulls the grain bearing head off the plant and can leave standing stubble up to a height of 70 centimetres, while the ’traditional’ Draper front cuts lower to the ground, typically 15-30 centimetres, with the stubble left in the paddock as mulch.

“It’s thought that the taller stubble provides shading through the summer fallow, reducing evaporation but that it may also impact on soil temperatures during winter, exposing the subsequent crop to greater risk of frost damage.

“My project aimed to put those theories to the test and fill in the gaps in our knowledge about the impact of this new harvesting practice on the farming system.”

My Hatty conducted a field trial over the summer fallow and 2019 winter cropping season measuring soil temperature and moisture, wind run and growth of the subsequent vetch crop.

“The study showed significantly lower daily wind runs and soil temperatures in the stripper front treatment over the summer fallow indicating that this harvest method has the potential to reduce erosion and evaporation,” Mr Hatty said.

“Unfortunately 2019 was a very dry year with rainfall in the trial plot less than half the average. This made it difficult to gain meaningful results about the impact on soil moisture and growth of the subsequent crop.”

While the trial was hampered by the dry seasonal conditions it has paved the way for a much larger trial to be conducted over multiple growing seasons.

“Hopefully we will have more rainfall during the growing season to enable us to quantify any differences in soil moisture and the growth of the subsequent crop, something that Nathan was unable to do due to the dry seasonal conditions in 2019.”

Mr Hatty will be awarded his University Bachelor of Agricultural Science (Honours) during a Graduation ceremony at Charles Sturt University on Friday 13 December.