What’s the impact on lamb survival of lambing maiden ewes with mature mothers? The results of new research from the Graham Centre for Agricultural Innovation may surprise you. 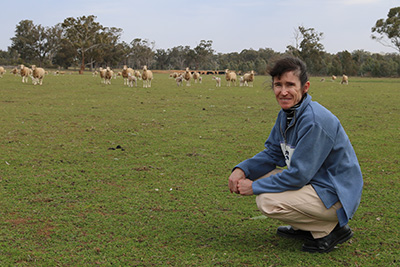 A paddock-scale trial run by Dr Susan Robertson, from the Charles Sturt University School of Animal and Veterinary Sciences, has found putting mature ewes with maiden ewes reduced the survival of lambs from the young mothers.

Dr Robertson said, “We wondered whether putting maiden ewes with experienced mothers would allow them to learn from observing the maternal behaviour of the mature ewes.

"We found the survival of lambs from maiden ewes may have been reduced by eight per cent when lambing occurred in the same paddock with mature ewes, who had lambed up to two weeks before the maidens," Dr Robertson said.

In a second study, where maiden ewes were exposed to mature lambing ewes and then lambed in a separate paddock, we found lamb survival was reduced from 81 per cent to 73 per cent in comparison to non-exposed maidens.

"We are not sure why this occurred. It is not clear if the maiden ewes didn't learn from observing mature ewes, if maiden maternal behaviour was changed in some way - perhaps with maidens showing more interest in lambs other than their own, or if another factor reduced lamb survival from exposed maidens," said Dr Robertson.

“This research indicates that producers may increase lamb survival from maidens by avoiding grazing mature lambing ewes with maidens either before or during lambing.”

Other factors which could be managed by producers include minimising the impact of severe weather events, managing nutrition and maintaining optimal body condition score.

The study was conducted with the approval of the CSU Animal Ethics committee.