As part of our commitment to training graduates that increase the capacity of agriculture to innovate, the Graham Centre has supported teams from Charles Sturt University (CSU) in national competitions. A team from CSU took part in the Australian Wool Innovation National Merino Challenge in Adelaide in May.

The team of 12 veterinary science, animal science and agriculture students, along with their two coaches, competed in seven mini-challenges over the two-day event.

They were assessed on their skills across a wide range of areas such as feed budgeting, condition scoring, breeding objectives, wool harvesting, and classing animals and fleeces.

Top crop judges compete in US 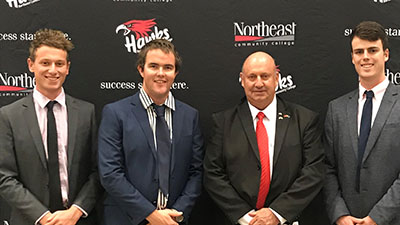 Following success in that event three CSU students, Mr Thomas Jeffery, Mr Danyon Williams and Mr Nick Grant were selected to put their skills to the test in the United States.

They took part in the soils and crops section of the North American Colleges and Teachers of Agriculture (NACTA) competition.

This involved identifying 70 species of plants and five seeds, and an analysis of four separate soil pits. The team also had to answer maths questions, such as spray calibrations, and answer quiz questions about agriculture in Nebraska.

The CSU team also took part in an industry tour visiting farms, universities, an ethanol plant and meeting with growers and representative organisations. 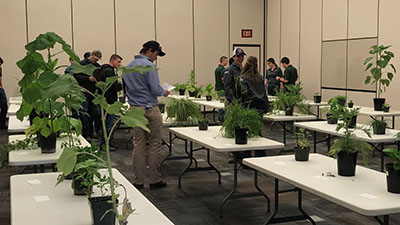 “The facilities at both universities were incredible and show the importance placed on agriculture in universities in the USA. The crops competition and soil judging experience revealed how much significance is placed on these events compared to Australia.”

Mr Grant said, “The crop competition was a valuable experience which exposed us to farming practices and challenges in the mid-west of the United States, and provided us with the opportunity to make some international contacts.”

“The productivity of the American agricultural industry is pretty impressive,” Mr Williams said.  “The quality of the soils and high rainfall allows farmers great flexibility in crop choice. The experience has provided me great networks if I ever wished to go back to America.”

The 2018 AUCC will be held in Temora in September.​