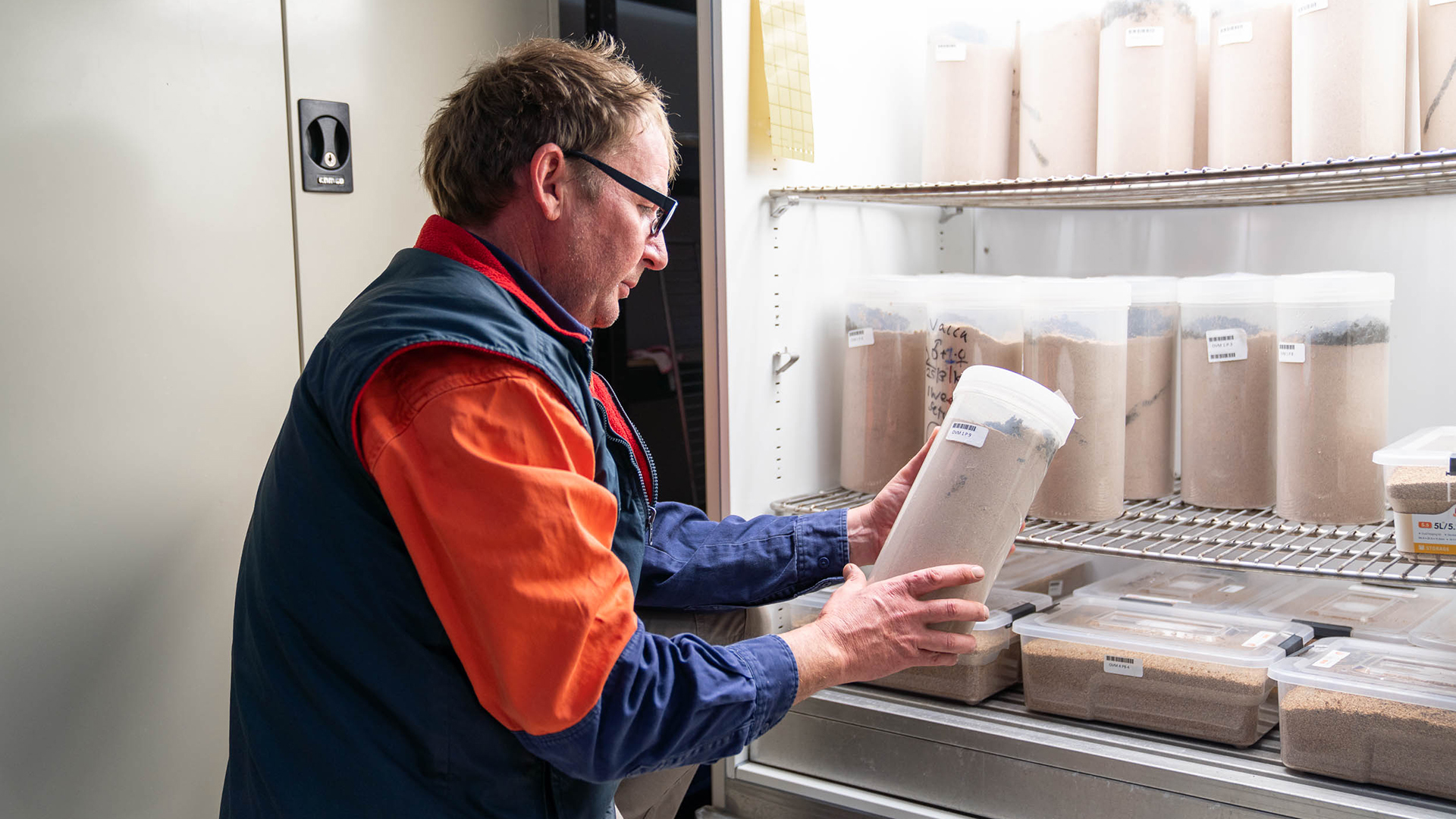 The beetles are a key part of a national research effort led by Meat & Livestock Australia (MLA) through funding from the Australian Government’s Rural Research & Development for Profit program to turn 80 million tonnes of dung produced by Australian livestock each year into a multi-million dollar benefit to farmers.

Originating in Morocco, the Onthophagus vacca (O. vacca) beetles will be the first species to graduate from Charles Sturt’s new breeding facilities and into the pipeline that will lead to release onto livestock properties across Australia to assist primary producers. The five-year project will ultimately see the introduction of three new dung beetle species, specifically chosen to fill seasonal and geographic gaps in the distribution of beetles across southern Australia.

Insect ecology expert and joint project lead, Professor Geoff Gurr, is overseeing the mass rearing of beetles and says it’s a long and complex pathway from importation to final release.

“When they arrive in Australia from overseas the insects are required to stay for the term of their life under strict quarantine conditions. The only thing that can come out of quarantine are the eggs of the beetle and these are required to go through an exhaustive sterilisation phase, ensuring exotic microorganisms are not introduced into the Australian ecosystem. The new generation of beetles that arises from the sterilised eggs require delicate handling in the CSIRO Australia facility to ensure adequate growth and survival.

“It’s a stressful process for the developing insects and a closely monitored numbers game but we were happy to report a positive result with over 300 precious and hard-won adult beetles making their way to the new breeding facility at Charles Sturt in Wagga Wagga in May this year,” concluded Professor Gurr.

Since then, the Charles Sturt team has been working closely with CSIRO to fine tune rearing conditions and maximise survival and reproduction. The beetles are, for example, surprisingly fussy about the type of dung they are fed," said Professor Gurr. 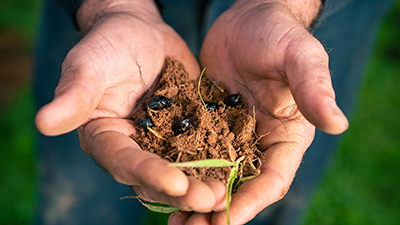 DBEE theme leader, Professor Leslie Weston and Dr Russ Barrow, Field Technical Coordinator are pleased to report that in the months since their arrival, researchers at the Graham Centre for Agricultural Innovation have seen a significant increase in the number of eggs, indicating the beetles are in good health and adapting well to their new surroundings.

“We were delighted when we found that the beetles were busily producing brood balls made with dung to house their eggs. The adults are now starting to emerge and we are all excited about their imminent arrival and our prospects for future distribution in the field," said Dr Barrow.

It is expected that the new generation of O. vacca beetles will be introduced into testing sites in South Australia in the coming months. If the introduction is successful in these on-farm nurseries, future beetles will also be introduced to sites across Western Australia, Victoria and New South Wales.

Dung beetles bred through these facilities will gradually be made available to larger numbers of livestock producers as further generations develop in coming years.

The research is led by Charles Sturt through funding from the Australian Government Department of Agriculture as part of its Rural R&D for Profit program, with support from eight partner organisations: The University of Western Australia, CSIRO, Manaaki Whenua – Landcare Research, The University of New England, Dung Beetle Solutions International, Warren Catchments Council, Mingenew-Irwin Group and the Western Australian Department of Primary Industries and Regional Development.

Please join us for a DBEE project update workshop to discuss importation, mass rearing, monitoring and surveillance. We also invite you to attend the opening of the Dung Beetle Mass Rearing Facility at Charles Sturt University, Wagga Wagga campus.