Many of us might notice yield potential of crops as we travel across the countryside but when Graham Centre member Allison Chambers is out in the paddock at this time of the year she’s looking for weeds.

It’s part of a long-running research project, supported by an investment from the Grains Research and Development Corporation (GRDC) that aims to monitor herbicide resistance of broadacre crop weeds across Australia.

Allison explains what the sampling involves.

This year samples have been collected in crops from Molong to Borambola and Grenfell to Bowning with more paddocks to be sampled in Tasmania before Christmas.

Individual farmers were initially contacted by their agronomists to obtain paddock maps and gain permission to enter their paddocks for sampling.

The criteria for sampling was that the paddock was in a crop rotation and had been at some stage sprayed with herbicides. Wheat, oats, barley, chickpeas, canola and lucerne paddocks have been sampled this year. 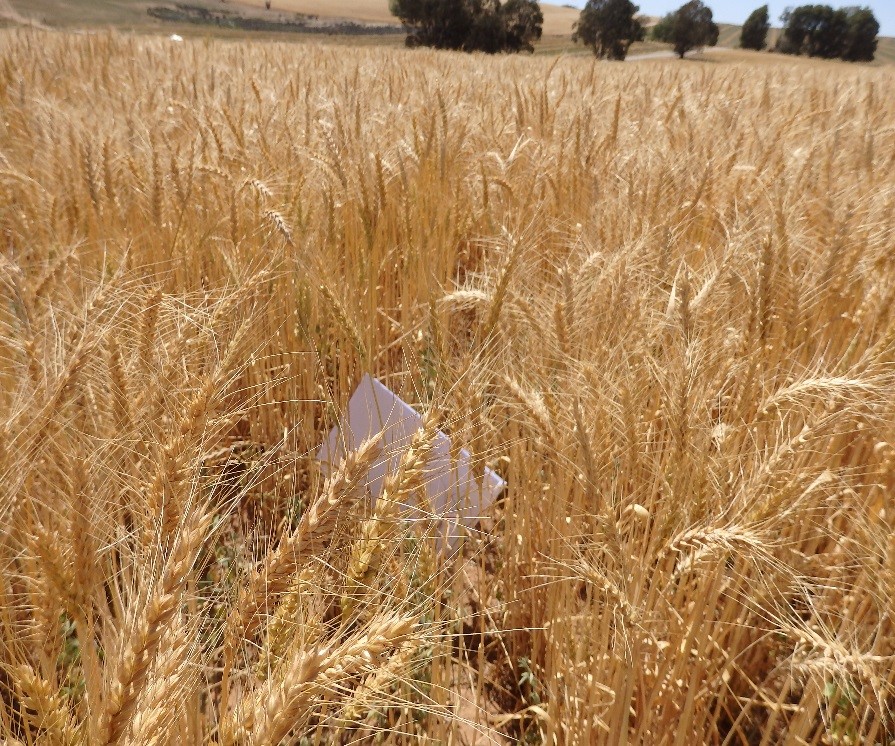 The paddocks sampled were logged with GPS co-ordinates with crop type, weed identity and density recorded.

Of the 67 paddocks sampled, annual ryegrass was the most commonly found weed and given the dry conditions in the north both sheep and kangaroos seemed to like the seed heads as a food source.

Wild oats were relatively common but many had shed their seeds, weed presence was recorded but no samples could be taken. Wireweed and skeleton weed, although not target species, were observed in numerous paddocks.

Many paddocks in the north of this region had been or were about to be harvested, cut for hay or simply not harvested and grazed.

Despite the dry, there were some reasonable crops about including this wheat crop at Harden pictured.

Check out the results of previous years and learn more about the herbicide resistance screening available to producers. https://www.csu.edu.au/plantinteractionsgroup/herbicide-resistance