Where in the world

Water, technology and research collaboration on the agenda in China 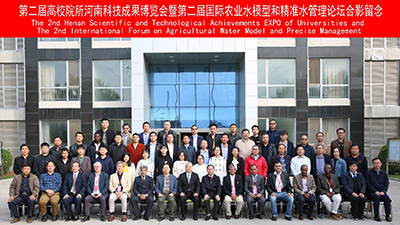 Graham Centre member Dr Ketema Zeleke visited China in October at the invitation of Associate Professor Shen Xiaojun who was a visiting scientist at the Centre in 2016.

Dr Zeleke participated in the 2nd Henan Scientific and Technological Achievements EXPO of Universities and Research Institutes in Xinxiang. One of the largest scientific events in China for the year, the expo was attended by senior government ministers, governors, university presidents and international delegates.

Dr Zeleke said, “It was a display of various innovations by technical training centres, research institutes and higher learning institutions in Henan province.”

While in China, Dr Zeleke presented his research ‘Agronomic managements for improving crop yield and water productivity in South-Eastern Australia using field experiments and simulation modelling’ at the  2nd International Forum on Agricultural Water Model and Precise Management hosted by the Farmland Irrigation Institute (FIRI) of the Chinese Academy of Agricultural Sciences (CAAS). 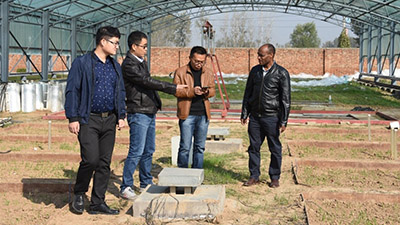 “The stations have a number of irrigation research facilities busy with national and international PhD students’ and FIRI staff projects,” he said.

“There was strong interest for future collaboration in joint research projects, student supervision and Irrigation and Drainage journal editorial membership.

“FIRI is one of the first institutes to research water-efficient technologies and equipment development in China.

“It has 83 academic staff in eight disciplinary areas, and 65 supporting and administrative staff. It has also a number of postdoctoral fellows, PhD and MSc students,” Dr Zeleke said.

The 65th International Congress of Meat Science and Technology held in Potsdam has given Graham Centre PhD student Bridgette Logan the opportunity to hear the latest research, tour animal production and processing facilities and take in the picturesque countryside of northern Germany. 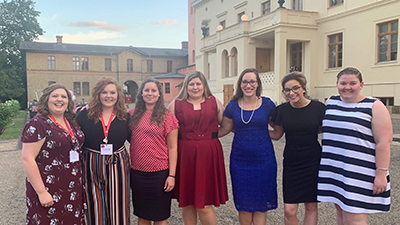 The Congress was attended by more than 300 delegates from around the world presenting their research on sustainability, meat quality and safety, new and emerging technology, meat and meat analogues and animal welfare.

She said a highlight was participating in the pre-conference PhD program of tours and workshops.

“This year the PhD course was held in Kulmbach and Stuttgart and focused on welfare and food safety aspects of meat science with a focus on processed meat products which are a major part of German culture,” Ms Logan said.

“With speakers from Finland, Australia, Sweden, Norway and Germany covering a large variety of topics there was the opportunity for young researchers to engage in discussions with senior researchers.

“The PhD course provided an opportunity to tour various locations including a German abattoir to examine the European grading system, meat science pilot plant at the University of Hohenheim, meat processing and food safety testing facilities at the Max Rubner Institute, and the food processing plants of the RAPS plant based in Kulmbach”.

Visit to the Moroccan rangelands 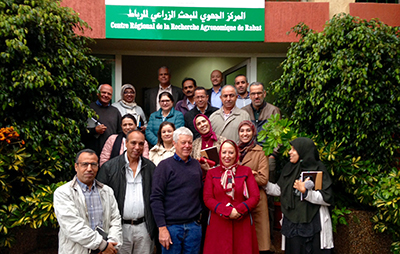 Along with presenting his research at the conference, `Ameliorating soil acidity improves the resilience of pasture production under extended drought',  Dr Norton also presented a seminar to the Forages Research group at the Institute National de Recherche Agronomique de Rabat (INRA) describing the drought tolerance research with forages being conducted in NSW.

Dr Norton said the trip also provided the opportunity to assess the state of Moroccan rangelands.

“This is the centre of origin of many of the most important drought-tolerant, summer-dormant forage species (phalaris, cocksfoot, tall fescue) used in Australia,” Dr Norton said.

“We could no longer rediscover such germplasm in that country and therefore we must ensure that any Moroccan germplasm that we have in Australian genebanks is carefully preserved,” Dr Norton said. 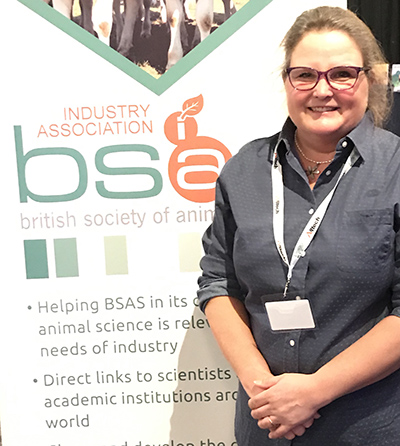 “This multinational conference attracted 600 delegates from countries across Europe, South America and Australia.

“The theme of the conference was advances in production science and technologies across all areas of animal production, from growth and development, to meat quality, to species-specific production in emerging countries,” Professor Quinn said. 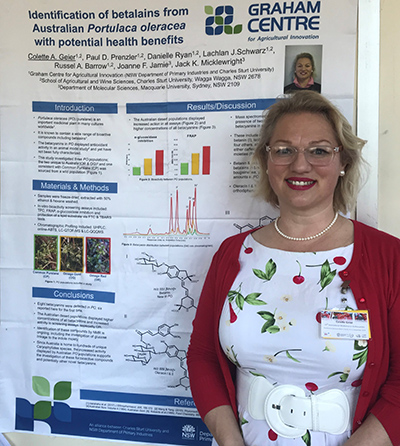 “Presentations focused on the public shift toward plant-derived food colorants and how anthocyanins and betalains can meet this demand.

“It also covered the functional properties of these compounds and how they are being used for both internal and topical applications.

“The conference highlighted the potential of my betalain research and illustrated the novelty of the compounds I have isolated as part of this project,” she said.

The Graham Centre's Conference Support Scheme (CSS) provides financial assistance for  members to attend significant and relevant national and international conferences and workshops that will enhance their knowledge, activity and performance within the Centre's research priority areas.