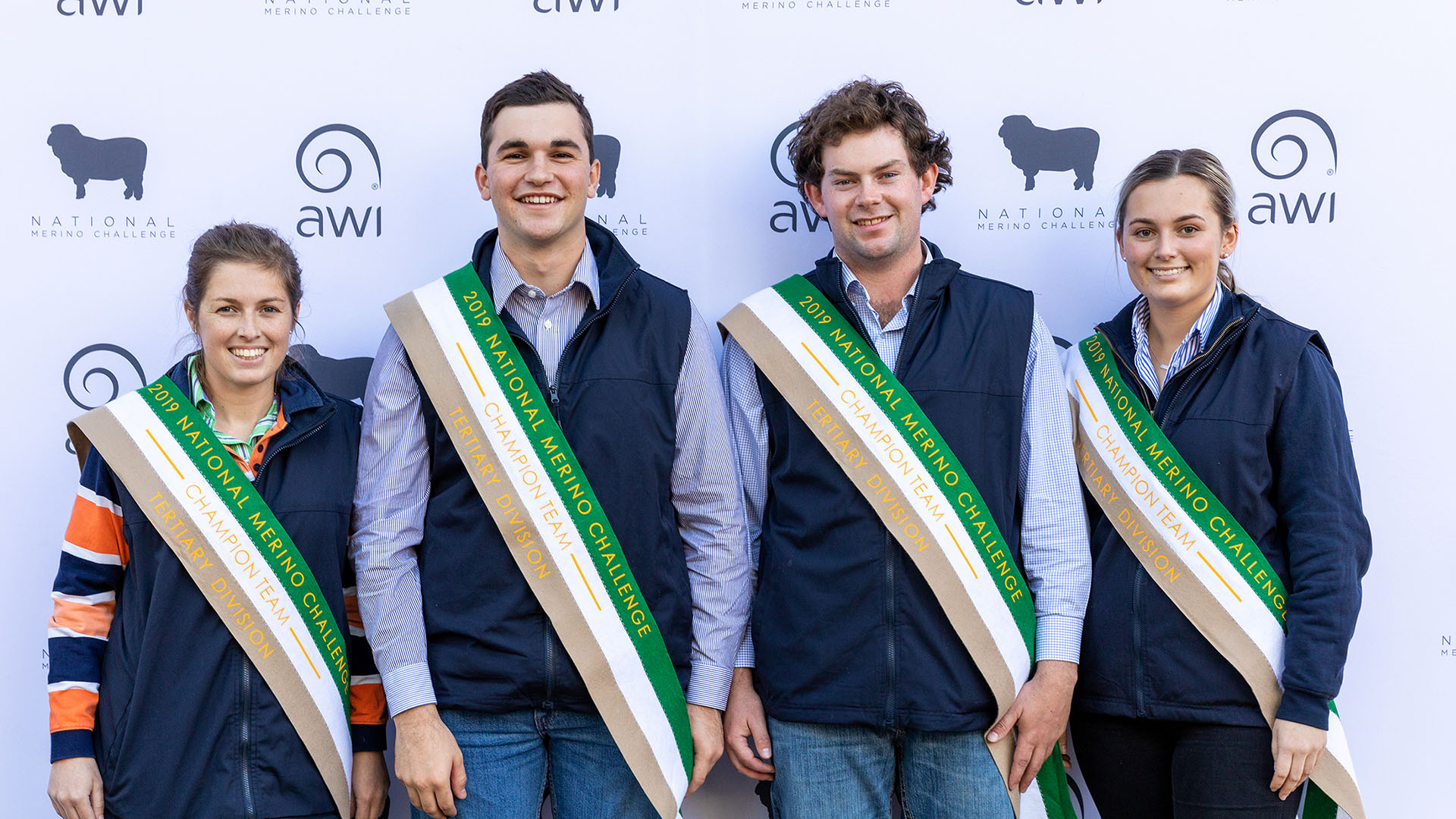 Charles Sturt University students have out-classed the competition to be named the top tertiary team in the 2019 National Merino Challenge (NMC).

The NMC is an initiative of Australian Wool Innovation to provide young people with an understanding of the career opportunities within the sheep and wool industries.

Over two days in Sydney more than 160 students took part in events to test their skills in areas such as feed budgeting, condition scoring, breeding objectives,  wool harvesting and commercial classing of animals and fleeces.

The Graham Centre was pleased to sponsor the Charles Sturt team to support the development of the next generation of sheep and wool industry leaders.

Fourteen Charles Sturt students took part in the competition, with the highest four scores taken into consideration in the tertiary challenge.

Mr Crawley was also named the individual tertiary student champion in the competition. 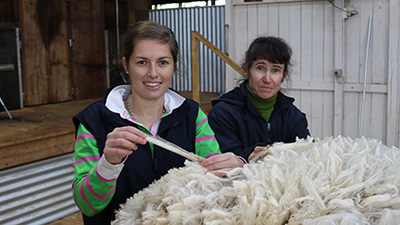 Charles Sturt PhD candidate Ms Kayla Kopp said it was an honour to be part of the winning team.

“This was a fantastic opportunity to showcase our knowledge of the sheep industry, talk with other university and school students, and network with people from the industry,” Ms Kopp said. “Winning was a bonus.”

The team was trained by Charles Sturt lecturer in animal production and science, and member of the Graham Centre for Agricultural Innovation, Dr Susan Robertson and Ms Lexi Cesnick from Moses & Son.

“One of the key benefits of the National Merino Challenge is that it gives students from all backgrounds and levels of experience the opportunity to learn more about sheep and wool, and to be able to participate in a very supportive environment,” Dr Robertson said.

“Those students who involve themselves demonstrate a commitment to learning and enthusiasm for the industry, and Charles Sturt was proud to have 14 students wanting to test themselves this year.” 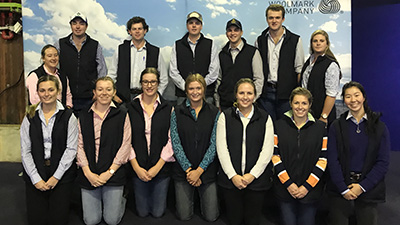