Growing dual purpose canola on limed soil is not without risk

Charles Sturt University student research has shown that dual-purpose canola grown on limed paddocks can have elevated plant nitrate concentrations, a finding that may have implications for grazing management. 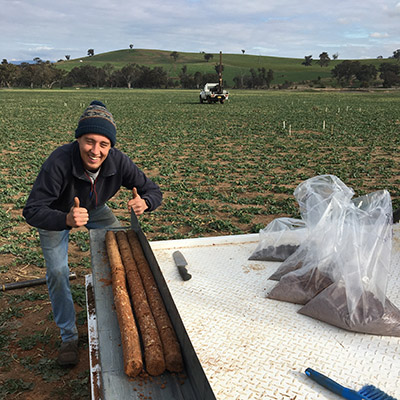 Charles Sturt Honours student Aaron James undertook field trials in Holbrook where lime was applied at several rates before grazing canola was sown and the crop was also top-dressed with urea during the season.

He then investigated Nitrogen (N) content in different parts of the plant during the season to better understand the risks of nitrate poisoning if it’s grazed by livestock.

“The elevated plant nitrate concentrations would only be a risk to grazing livestock if the small stem parts of the plants, called the petioles, are consumed,” Mr James said.

“This is more likely to occur if heavily grazed.” 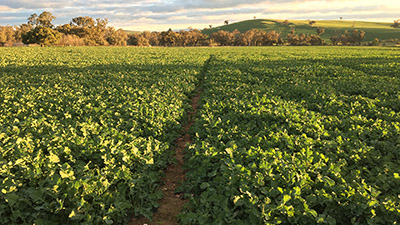 Frosts slow the process that converts nitrate in the plant to proteins, so the risk to livestock is higher after frosts.

“The glasshouse trials also indicate that growers that have applied lime should be more careful with grazing canola after frosts,” Mr James said.

“The scholarship allowed me to do hands-on, in the field research to address questions farmers were asking. It’s been a great experience,” he said.

“Special thanks to Simon Finlay for allowing me to set up my field trial in one of his paddocks near Holbrook.

Mr James was supervised by Drs Jason Condon, Brooke Kaveney and Jeff McCormick from Charles Sturt, and Helen Burns from the NSW Department of Primary Industries.

The research builds on acid soil management research conducted by the Graham Centre team and collaborators at Holbrook Landcare Network, FarmLink and Central West Farming systems as part of the FutureSOILS project.