The Edward-Wakool system is a large anabranch system of the Murray River in the southern MDB, Australia. The system begins in the Millewa Forest and travels north and then northwest before discharging back into the Murray River. It is a complex network of interconnected streams, ephemeral creeks, flood-runners and wetlands including the Edward River, Wakool River, Yallakool Creek, Colligen-Niemur Creek and Merran Creek. The Edward-Wakool Selected Area can be broadly divided into three aquatic ecosystem types:

The Edward-Wakool system is considered to be important for its high native species richness and diversity including threatened and endangered fish, frogs, mammals, and riparian plants. This system has abundant areas of fish habitat, and historically had diverse fish communities which supported both commercial and recreational fisheries. Threatened species of the site include the trout cod, Murray hardyhead, Murray cod, silver perch, Australasian bittern, Australian painted snipe, superb parrot, and swamp wallaby grass (Department of Environment and Energy 2019). 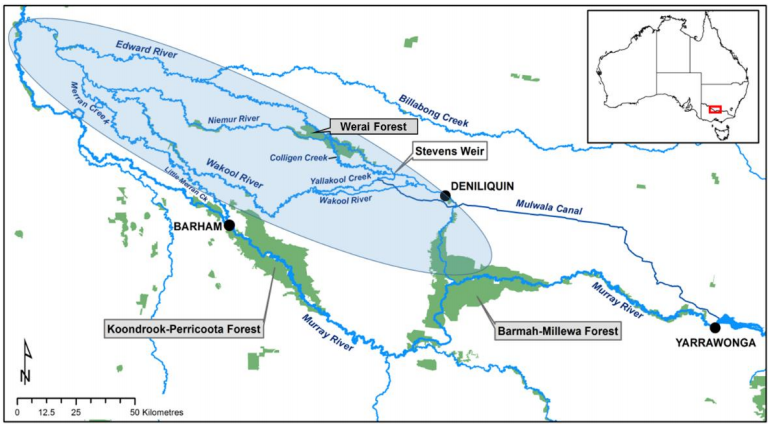 Back to MER Homepage