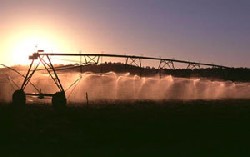 The research undertaken by our researchers is making a difference. At the local, national and global levels, our  research generates insights that help to address issues of social significance, inform policy and decision making, and support people, communities and the natural environment.

Research Impact is defined as the demonstrable contribution that research makes to the economy, society, culture, national security, public policy or services, health, the environment, or quality of life, beyond contributions to academia.

Dr Alexander Knight’s PhD research into Sloane’s Froglet  has had many real-world impacts since she began her PhD in 2009, searching for an extant population of this rarely found and rather non-descript species.  Along the way the species has become nationally listed as endangered; many school children have learnt and sung The Sloane’s Froglet Song https://www.corowadistrictlandcare.org.au/hop-into-frogs and undertaken other creative endeavours celebrating the species; councils have required stormwater wetlands to be developed based upon the habitat parameters revealed in her research; and Landcare has actively managed and revegetated wetlands to protect Sloane’s Froglet.

Since completion of the Sustainable rangeland management to protect red panda and herder livelihoods (2016-2019) project in Bhutan in 2019, Dr Joanne Millar has continued to work with Bhutan government researchers in the Nature Conservation Division of the Department of Forests and Parks Service. Jo has also approached the Red Panda Network in Nepal to see if they would fund further research on red panda presence and threats, in two previously unsurveyed districts (Samtse and Dagana). WWF Bhutan have also contributed funds which has enabled development of a red panda monitoring guide, training of district staff, completion of two surveys and writing of a report which will be published in 2022.

In 2020 Jo approached by Dr Angela Glatston to contribute a chapter on red panda conservation in Bhutan for the second edition of her book, Red Panda Biology and Conservation of the First Panda, published by Academic Press. Mr Letro and Mr Tandin from Bhutan Nature Conservation Division compiled the chapter with input from other colleagues and editing by Jo.

Jo was also on the editorial committee for a special issue of the Mountain Research and Development journal on Pastoralism and Rangelands. She and former ILWS PhD student Dr Karma Tenzing are authors of the paper.

From Honours project to a commercial reality

The first field trial (supported by Transport for NSW) of Habitech nest boxes is underway at a site near Bateman’s Bay. Former CSU Bachelor of Science (Honours) student Mick Callan (now principal director of Habitat Innovation & Management) worked with Professor Dave Watson and CSU engineers in 2019 to produce proto-types for 3d printed nest boxes. In 2020 he then has trialled  a range of construction methods, testing them in the lab and in the field, as part of a further study, led by Professor Watson, and funded through a CSU Green sustainability research grant.

A design patent for the innovative 3D-printed  nest box design  has been granted and commercial production of around 2000 units is underway in Orange.The  modular Habitech nest boxes are made from recyclable moulded UV-stabilised polypropylene sections with FSC certified timber liners.

ILWS researchers and their research projects and engagement activities feature strongly in Charles Sturt University’s inaugural 2020 Sustainability Development Goals Report, released November 17. The report addressed each of the 17 Sustainable Development Goals (SDGs) and used a wide range of wide range of case studies to showcase how the University is contributing to ending poverty, protecting the planet and improving the lives and prospects of individuals and communities. More than 30  ILWS researchers were named as contributors in 15 of the 17 Sustainable Development Goals.

As the baiting of rodents threatened vulnerable island birds, Dr Massaro was involved in ensuring that birds were safe during the rodent eradication. She also led an ILWS research project - What are the effects of the rodent  eradication on the threatened Lord Howe currawong and its diet? Massaro, M., Whitsed, R. & Segal, R. (PhD student) (2018-2021) Australia and Pacific Science Foundation - that monitored the Lord Howe currawong population before and after the rodent eradication. The showcase was established by the NSW Deputy Vice-Chancellors (Research) Committee to highlight the important research being conducted by universities across the state.

The dangers of anticoagulant rodenticides

Much of eastern Australia experienced a devastating mouse plague which began in spring 2020 and continued into 2021. In response on May 13, the NSW Government announced a $50 million package in grants for bromadiolone to combat the mouse plague  seeking urgent approval from the independent Australian Pesticides and Veterinary Medicines Authority (APVMA) for the chemical bromadiolone (currently only registered for home and industrial building use) to be registered for agricultural use. Dr Maggie Watson was one of many ecologists and environmentalists around the country that were very concerned when they became aware of the NSW Government’s appeal to the APVMA as bromadiolone, while very effective on mice, is a second generation anticoagulant poison and runs the very real risk of secondarily poisoning other animals. As well as a co-authored piece in The Conversation Mouse plague: bromadiolone will obliterate mice, but it’ll poison eagles, snakes and owls (which has had more than 35,000 reads) Dr Watson worked with CSU Media on an extensive media campaign to inform the public of the risks associated with using bromadiolone which continued after the APVMA's decision not to give approval for using bromadiolone-treated grain to perimeter bait crops. She continues to advocate on the dangers of using anticoagulant  rodenticides and, in association with Dr Rob Davis (Edith Cowan University) and Dr Holly Parsons (BirdLife Australia), is working with veterinarians and the Wildlife Disease Association to safely collect carcasses of poisoned birds around Australia with the ultimate aim of determine what level of background rodenticides are bioaccumulating in birds of prey.

A CSU-led national initiative known as Equally Well is a concrete example of how our researchers are “making a difference”: of research impact. Equally Well was mentioned 48 times in the Australian Government Productivity Commission Inquiry into Mental Health report released November 17, 2020.

The report from the two-year inquiry into mental health has recommended all governments implement the actions of the Equally Well National Consensus Statement to improve physical health and life expectancy of people with mental illness.

“People living with a mental illness die 20 years earlier than the general population,” says Professor Russell Roberts Equally Well’s National Project Director. (Russell curated and developed the Equally Well National Consensus Statement in 2017.) “Each day, 28 people with a mental illness die of respiratory disease, heart disease, or cancer; and every year, ten times more people with mental illness die of avoidable chronic physical health conditions than by suicide. The reasons for this are complex, dynamic and inter-related, but include stigma, discrimination and lack of access to basic healthcare. In addition, many people with mental illness experience ‘diagnostic overshadowing’, where the focus is on treating their mental health overshadows basic physical health care resulting mortality-related conditions going undiagnosed and untreated.”

The Productivity Commission report estimated that reform of the mental health system would yield $19.3 billion annually in quality of life and increased economic participation. Reducing the gap in life expectancy for people with severe mental illness is highlighted as a priority reform in the report.

The aim of the consensus statement was to help bring together a national, cross-sector alliance, and using a collective impact approach to focus on improving the physical health of people living with a mental illness. Since then, the CSU Equally Well project team has led this initiative, with more than 90 organisations including all governments, 14 professional colleges, national peak bodies, and non-government service providers ‘signing-up’ and committing to make this issue a priority.

New fishway to be built in Lao PDR

Researchers involved in the major Fish Passage project in Lao PDR and Myanmar are partnering with the Lao Department of Irrigation and the Asian Development Bank (ADB) to build a new fishway near Vientiane in Laos, with funding from the Netherlands Support to Food and Nutritional Security funds.

Most fish in Laos migrate upstream and downstream to complete life cycles.  However, flood and regulator gates and dams block or restrict migrations so that fish cannot complete life cycles and fish stocks are known to decline. This impacts the people dependent on fish for food and income. Fishways are a passage of water around a barrier that enables migratory fish to easily migrate upstream or downstream.  One of the important first steps in building a fishway suitable for local conditions and local fish is the concept design. The design report for the new fishway has been published late 2020:

The report follows a Fish Passage Masterclass held at Dondok Campus in Vientiane in December 2020 which provided an overview of all aspects of designing fishways with a focus on developing a concept design and cost estimate for a fishway at Houay Mak Hiew.. The Masterclass was organised by the National University of Laos (NUoL) and Charles Sturt University (CSU), Australia. Participants included staff from the Department of Irrigation (DoI), Provincial Agricultural and Forestry Office (PAFO), District Agricultural and Forestry Office (DAFO), Department of Livestock and Fisheries (DLF) officers, as well as representatives and experienced fishers (male and female) of the local community at the proposed site.

Since then engineers, biologists, river operators and fishers (NUoL, CSU and the masterclass team) worked together to produce a concept design that will: pass fish, be cost-effective, and be easy to operate and maintain. While several fishway designs were assessed, the vertical slot fishway design was considered the most suitable for Houay Mak Hiew Regulator.

The next step is for the DoI/ADB to commission further engineering work and progress to detailed design, tender and construction.
Further steps will include the development of an operation manual; training for regulator operators; and finally monitoring of the fishway to evaluate that it is passing fish and to provide any recommendations for improvements.

“The project is an excellent example of proof of concept research proceeding to practical on-ground solutions which are supported by national governments, donors and lending banks,” says project team leader Professor Lee Baumgartner.  “The long-term benefits of this project will be improved fisheries in the regions upstream and downstream of the regulator. It is expected that this will lead to improved livelihoods, nutrition and income for people in the regions where the fishery declined after the regulator was built.”

Responding to on-ground requests from practitioners

Strategies to improve the success of Indigenous enterprise