Climate Change Research and the Institute 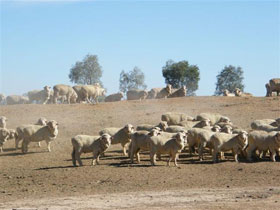 The 21st annual Conference of the Parties to the 1992 United Nation Framework Convention on Climate Change (UNFCC) met in Paris November 30 - December 11 2015. The governments of more than 190 nations gathered to discuss a global agreement on climate change aimed at reducing global greenhouse gas emissions to alleviate the threat of dangerous climate change. This important meeting set a global agenda and pathway for addressing one of the critical environmental and socio-economic issues being faced by humankind.

Researchers from many institutions, including from Charles Sturt University's Institute for Land, Water and Society, have for many years undertaken extensive research on climate change. The focus of much of that research has been on the social and ecological aspects of adaptation to the impacts of climate change. The Institute has a track record of completed research projects, publications, and community engagement activities related to climate change.

Finlayson, Davis, Gell, Kingsford, Parton (2013) The status of wetlands and the predicted effects of global climate change: the situation in Australia. Aquatic Sciences 75, 73–93

Lei, Finlayson, Thwaites, Shi (2013) Migration drivers in mountain regions in the context of climate change: A case study in Shangnan County of China. Chinese Journal of Population Resources and Environment, 11, 200-209

The Institute has undertaken community engagement activities centred on climate change related topics. They include:

Institute members are continuing to work on climate change projects. They include: 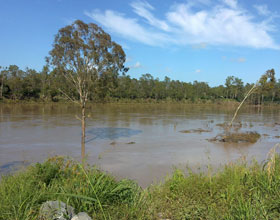 The Institute, with researchers from a wide range of disciplines, is well positioned to pursue further projects, especially addressing climate change adaptation where a holistic approach that looks at the socio-economic and ecological challenges is required. As the Institute has demonstrated its ability to undertake integrated research it is well placed to develop and deliver projects that combine expertise from different disciplines.

There is also a strong interest in further climate change research from new and adjunct members who bring skills in areas such as climatology, modelling, and computer science to add to the Institute's traditional expertise in environmental science, social science and economics.

'Modal shift' - developing policy towards putting more movement on the less-polluting modes of transport – looking at costs (of rail transport in particular) including external costs and associated costs which are not paid for through the market system as it presently works. 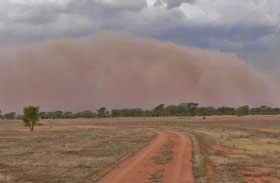 Evolution of social-ecological systems under climate change - assess the difference between incremental adaptation driven by slow changes in climate versus crisis-driven adaption.

Changing climatic conditions through the lens of the Murray Darling Basin (MDB) - community water planning, land use futures, agriculture, industry and environment, and the Basin in 50 years?

Improving the capacity of wetland managers to assess the vulnerability of wetlands to climate change and prepare response strategies – especially where anthropogenic pressures are high, and poor data quality prevents the application of good management principles and practices.

Information on the past research and communication activities can be obtained from the ILWS office: telephone +61 2 6051 9992, email ilws@csu.edu.au,

Members and partners interested in developing new projects are encouraged to discuss this amongst themselves and with the Institute Director, Professor Max Finlayson: telephone 02 6051 9779, email mfinlayson@csu.edu.au