incorporating a project funded by Birdlife Australia The impact of feral ungulate visitation to ephemeral savannah waterholes and their flow on effects for native birds and a project funded by a Holsworth Wildlife Research Endowment, The impacts of feral livestock visitation to waterholes and their flow-on effects for native birds and mammals. 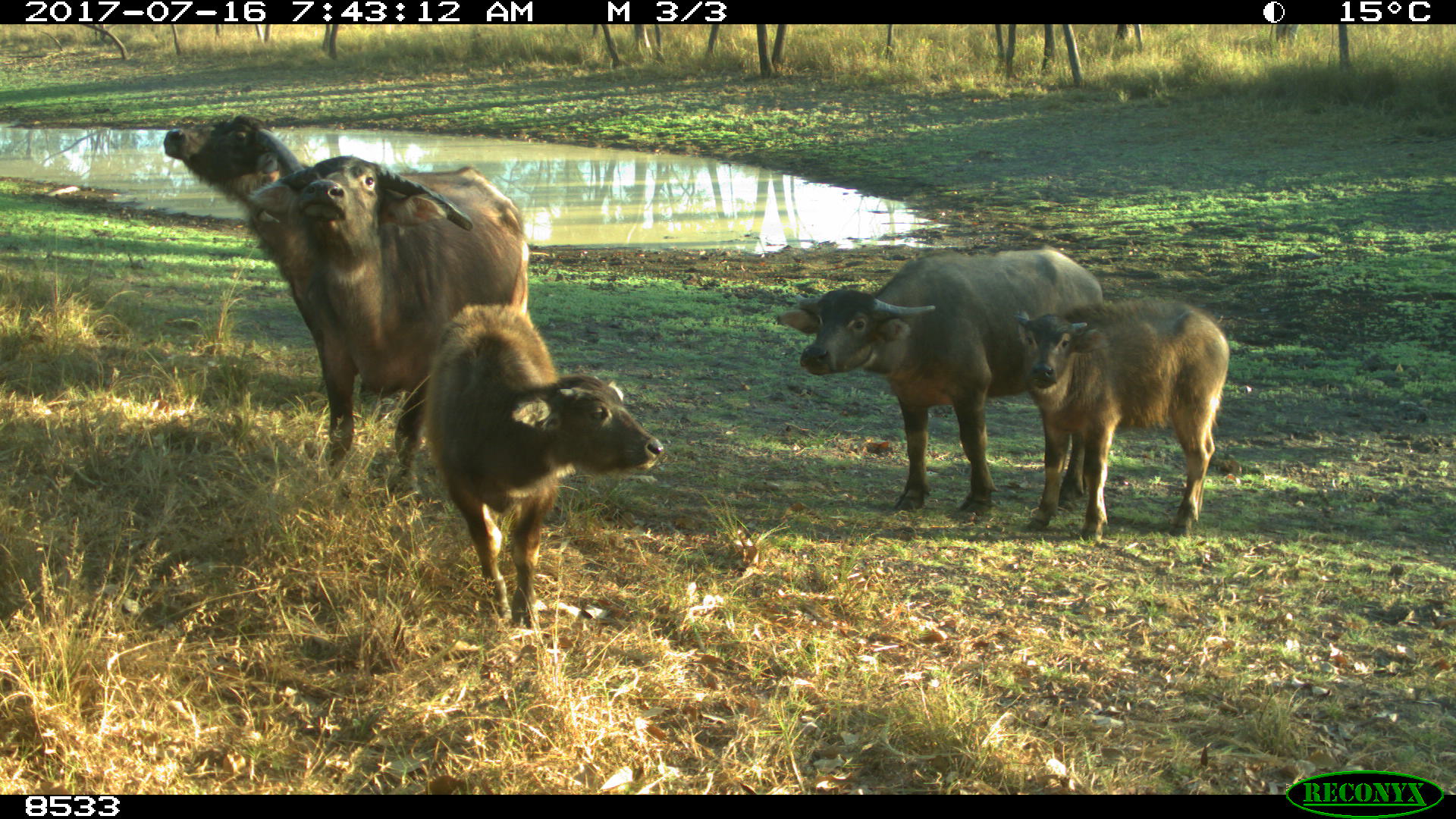 Over the past 150 years, several bird species have declined substantially across Australia's tropical savannahs. It is considered that the main reasons for this decline are altered fire regimes and the impact of feral livestock such as buffalo, cattle, horses and pigs. While there is growing evidence of how fire regime shifts in Australian savannahs affect bird diversity and distributions, much less is known about the extent of damage caused by different densities of livestock and at what density ecosystems will collapse and become uninhabitable by birds.

In collaboration with the Northern Territory Parks and Wildlife Commission, this project is investigating whether feral livestock exclusion can restore degraded waterholes in tropical savannah ecosystems. The research is being conducted in Limmen National Park, Australia's newest and second-largest National Park, located near the Gulf of Carpentaria. By excluding feral ungulates from selected waterholes, the researchers are measuring the changes in water and soil quality, vegetation cover and plant communities. These changes are expected to have flow-on effects on bird and mammal diversity and foraging behaviour, which will be studied.

The study includes 20 waterholes of which 10 have been fenced off so as to exclude ungulates but still allow animals such as dingoes and wallabies access.

Overall the study will assess the eficacy of fencing small but important areas to provide refugia for native bird and mammal species. If small-scale fencing can increase biodiversity across the savannah landscape, then it may be a cost-effective alternative to large scale fencing.

The researchers expect to be able to demonstrate that livestock exclusion and lower livestock densities have immediate biodiversity benefits. It is hoped that the results of the study may be used to put a focussed and cost-effective management plan of feral livestock in place in the park. The study will also provide the first comprehensive biodiversity survey within Limmen National Park.