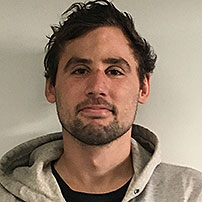 Australia’s mammalian fauna is in a state of precipitous decline, with at least 10% of the native endemic species declared extinct since 1788. While declines and extinctions were initially concentrated in southern arid and semi-arid regions of the continent, there is now growing recognition of a contemporary wave of declines occurring in Australia’s north. One species that has already suffered considerable declines is the northern quoll (Dasyurus hallucatus); an endangered marsupial predator that once occurred across much of Northern Australia, but is now restricted to a handful of isolated populations. The drivers of this decline are manifold, but undoubtedly include the cane toad, Rhinella marina, an introduced amphibian that is lethal when consumed by native predators, including the northern quoll. The cane toad now inhabits areas that overlap with the distributional range of northern quoll populations located in Queensland, the Northern Territory, and the Kimberley regions in Western Australia, but has not yet invaded the Pilbara bioregion; the most western northern quoll population, now considered a stronghold for the species. Here, identifying critical habitat for the northern quoll is a research priority.

Harry Moore graduated in 2021.  He commenced his PhD by distance in February 2017 and studied the interactions between the Northern Quolls (an endangered marsupial), predators and fire, and in particular, the dynamics of different habitats and landscapes. The Pilbara region of Western Australia is one of the last strongholds for northern quolls which have undergone a dramatic decline in their distribution over the past century.

For the field work in 2017, camera traps were set up on 24 landscapes spread over 6000 square km. The camera traps are being used to monitor quolls and predators, in the context of the fire history, composition and extent of the quoll's rocky habitat.

Distance Education (based in WA)