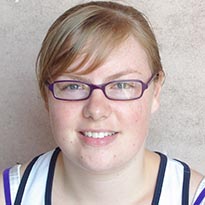 The influence of exotic fish on an emerging zooplankton community: Impacts to zooplankton abundance and composition

The introduction of invasive species into aquatic ecosystems can contribute to changes in predator-prey dynamics, water chemistry, and shift the structure and function of aquatic food webs. This thesis examines the impacts of invasive fish species on emerging zooplankton communities. Using sediment collected from wetlands along the Murrumbidgee River in south-eastern Australia, several mesocosm experiments were set up, which focused on understanding top-down and bottom-up drivers of zooplankton community composition and abundance. The experiments studied the influence of predation and sediment disturbance on the emerging zooplankton community abundance and composition, using four test fish species: Murray cod (Maccullochella peelii), gambusia (Gambusia holbrooki), carp (Cyprinus carpio) and weather loach (Misgurnus anguillicaudatus).

Kendal did her Bachelor of Animal Science at CSU (Wagga) with her honours, supervised by Dr Wassens on the Barking Marsh frog and its distribution in the Murrumbidgee catchment. While the Barking March frog is a common species, there is little information know about it. Kendal's research found out that it liked vegetation; its presence correlated significantly with conductivity (salinity levels in water); and that it like warmer water (which could be linked to its breeding season, spring and summer).

Kendal's PhD research thesis demonstrated that the three invasive fish species, gambusia, carp and weather loach, influenced zooplankton abundance and community composition and altered patterns of nutrient availability, which could have flow-on effects through the food web. Her research links in with a major long-term project led by Dr Wassens in partnership with universities and government agencies focussed on evaluating the ecological responses of Commonwealth environmental water delivered to the Murrumbidgee River.