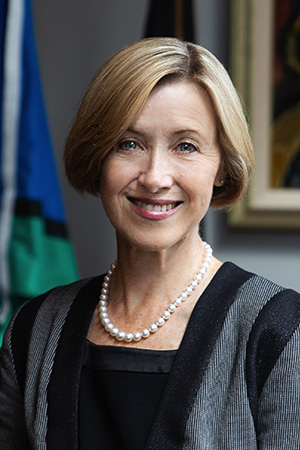 Professor Renée Leon is the University’s fifth Vice-Chancellor and President and commenced in the role on 1 September, 2021.

Professor Leon was awarded a Public Service Medal in 2013 for outstanding service to public administration and law in leadership roles in the Australian Capital Territory and the Commonwealth.

Professor Leon is a Fellow of the Institute of Public Administration Australia and a member of Chief Executive Women Australia.

Professor Leon is honoured to lead Australia’s leading regional university at a time when the regions are playing an increasingly visible and important national role.