Assistance was provided for Dave Crook (PhD candidate) who was researching the habitat requirements and home range of Golden Perch and the Common Carp. This project utilised the Arcview Extension "Animal Movement" which is specifically designed to help researchers that are tracking animals visualise local habitat movement. Recent analysis has also included proximity analysis to determine discrete polygon boundaries representing depth, velocity and Froude measurements in the rivers. These values are going to be used to see if there is a reason why each species of fish take up particular residences in the river.

Natasha Schedvin (PhD candidate) is also using the Animal Movement extension in Arcview to help analyse the habitat requirements of the Barking Owls. 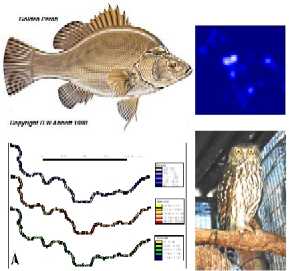 A script has been developed in combination with Laurie Chisholm (former CSU lecturer) that reads in and analyses remotely sensed spectral data. The datasets that this script has been developed on include stress levels in River Red Gums and Pine trees affected by Needle Blight. The script reads the data in, averages the data, plots the data, prompts for the creation/exploration of spectral indicators, compares to actual physical data and produces a linear model.

Nick Klomp with Marieke Weerheim used SPAN resources/expertise to study the progression/impact of Kikuyu grass on Montague Island off New South Wales' south coast. This study included analysing aircraft imagery and determining the percentage of the island being taken over by the grass through successive years. 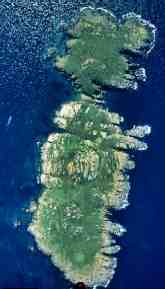 As part of the revegetation guide being written by Gillean Earl and Kylie Kent, some bio-regions for their Riverina study area was produced. This involved heads-up digitising (tracing from images on the screen) of existing boundaries and other topographical entities to produce the desired map. 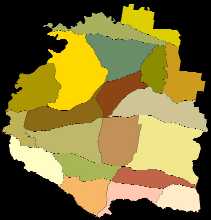