At Charles Sturt, we can all be proud of the sustainability outcomes we have achieved.

The rankings assess more than 1,400 universities across the globe against the United Nations’ Sustainable Development Goals and ranks them in 17 categories across three areas – research, outreach and stewardship.

Charles Sturt’s Manager of Sustainability Mr Ed Maher said the improvement for the University from last year is an indication of Charles Sturt’s commitment to a sustainable and socially inclusive learning and work environment.

Mr Maher attributes the University’s top one per cent ranking in ‘Partnerships for the goals’ to the collaboration between Charles Sturt researchers and external stakeholders on numerous projects and University initiatives.

These include the ‘Assessing upstream fish migration measures in Lao’ research involving international collaborations, integrating sustainable practices as a key component in the University’s Graduate Learning Outcomes that equips graduates with the knowledge and skills to be agents of positive change, and the development of the new Bachelor of Environmental Science and Management degree that is aligned with the UN Sustainable Development Goals.

“Working with our stakeholders to produce solutions and then streamlining internally how we report on sustainability has earned us an impressive rank in this important category.”

Charles Sturt has received a highly commended placing in the ‘Sustainability Institution of the Year’ category at the 2020 International Green Gown Awards.

Charles Sturt University has received a highly commended placing in the ‘Sustainability Institution of the Year’ category at the 2020 International Green Gown Awards.

The awards recognise excellence in sustainability within the worldwide tertiary education sector and were hosted online for the first time by The United Nations High-level Political Forum on Sustainable Development on Wednesday 8 July.

Nine other universities from across the globe were finalists for the category, which recognises universities that have demonstrated a sustained, whole-institution commitment and impact to becoming a sustainable organisation. The university is automatically a finalist at the 2020 International Green Gown Awards.

Creating a world worth living in

When Charles Sturt University adopted the Learning in Future Environments Index in 2012, and embedded as a KPI in the university strategy, the path was set for an ongoing commitment towards best practice across the whole-institution. Headline achievements include: being the first certified carbon neutral tertiary institution; Graduate Learning Outcomes incorporating sustainable practices; our Research Narrative framed around ‘creating a world worth living in;’ establishing in one of Australia’s largest rooftop solar energy systems by 2019; and investing $996,000 in sustainability & research grants between 2009 and 2018. Charles Sturt has demonstrated improvement each year. Mr Maher said receiving the award was a great honour, particularly because the reputation of the award was synonymous for achieving good sustainable outcomes.

“The recognition reflects Charles Sturt University’s commitment to and importance placed on sustainability as being part of how it does business.  The awards have been held since 2012, so they come with a level of prestige and recognition among business, industry, not-for-profit and government sectors,” Mr Maher said.

In winning the award Mr Maher and his team of five sustainability professionals and six student advisors were recognised for their efforts in guiding and implementing sustainable practice across the University community.

Among the other award winners was Charles Sturt University alumna Ms Anika Molesworth who received the Young Sustainability Champion Award for her advocacy and promotion of sustainable agriculture and vibrant rural communities.

The Green Globes are awarded by the NSW Office of Heritage and Environment at a ceremony held in Sydney on Thursday 4 October 2018.​ 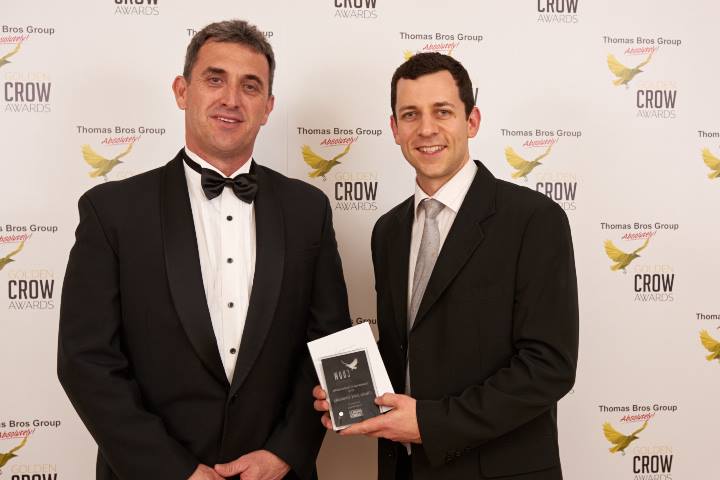