Water - What You Can Do

This framework has been placed with Energy to form the action plan for Utilities.

What you can do

Fill up at a hydration station 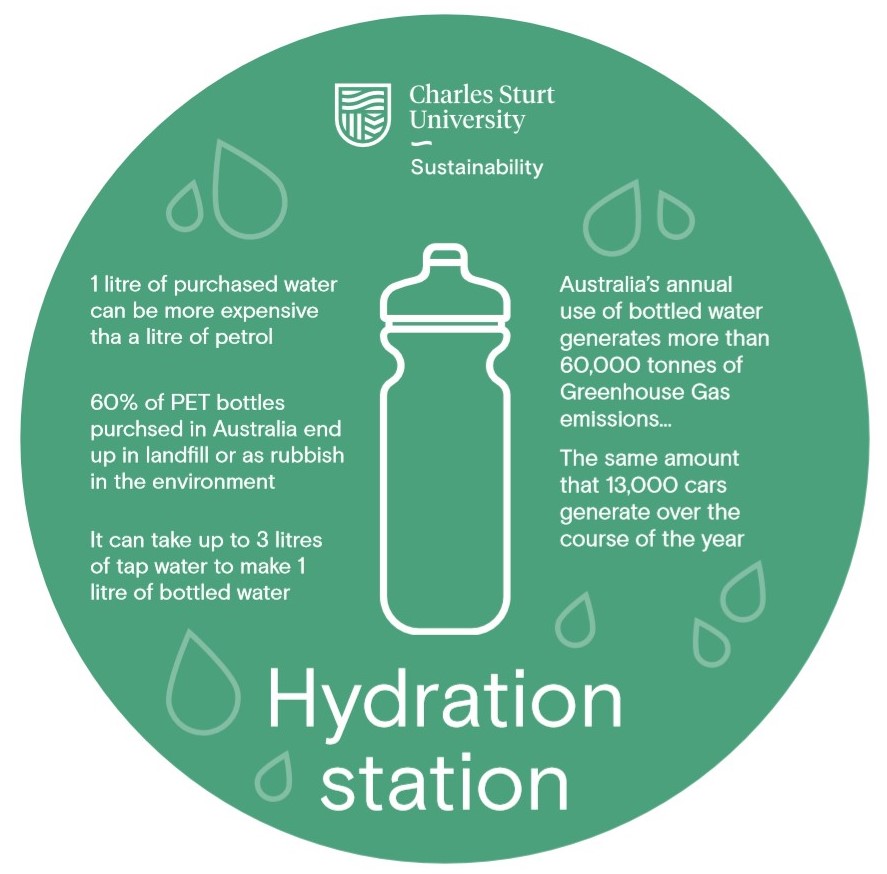 By not purchasing disposable bottled water and instead filling up your reusable bottle at one of our hydration stations, you’re helping to:

Find the Hydration stations on your campus at FMCentral. Go to Map Enquiry’ and activate the ‘Sustainability’ folder for your chosen campus. This is found within the ‘Features’ folder.

What we are doing

Charles Sturt University is implementing a range of water conservation practices including:

A water conservation signage and education campaign was implemented during the 2018/19 summers in response to extreme ongoing drought conditions.  This particularly targeted our northern campuses of Dubbo, Orange and Bathurst.

This campaign extended to water conservation signage placed around campuses in high foot traffic areas. Billboards and A frames were positioned around UniLife (student) zones and at the canteen entrances visible to all.  Image below shows signage outside the cafe at Charles Sturt Orange. 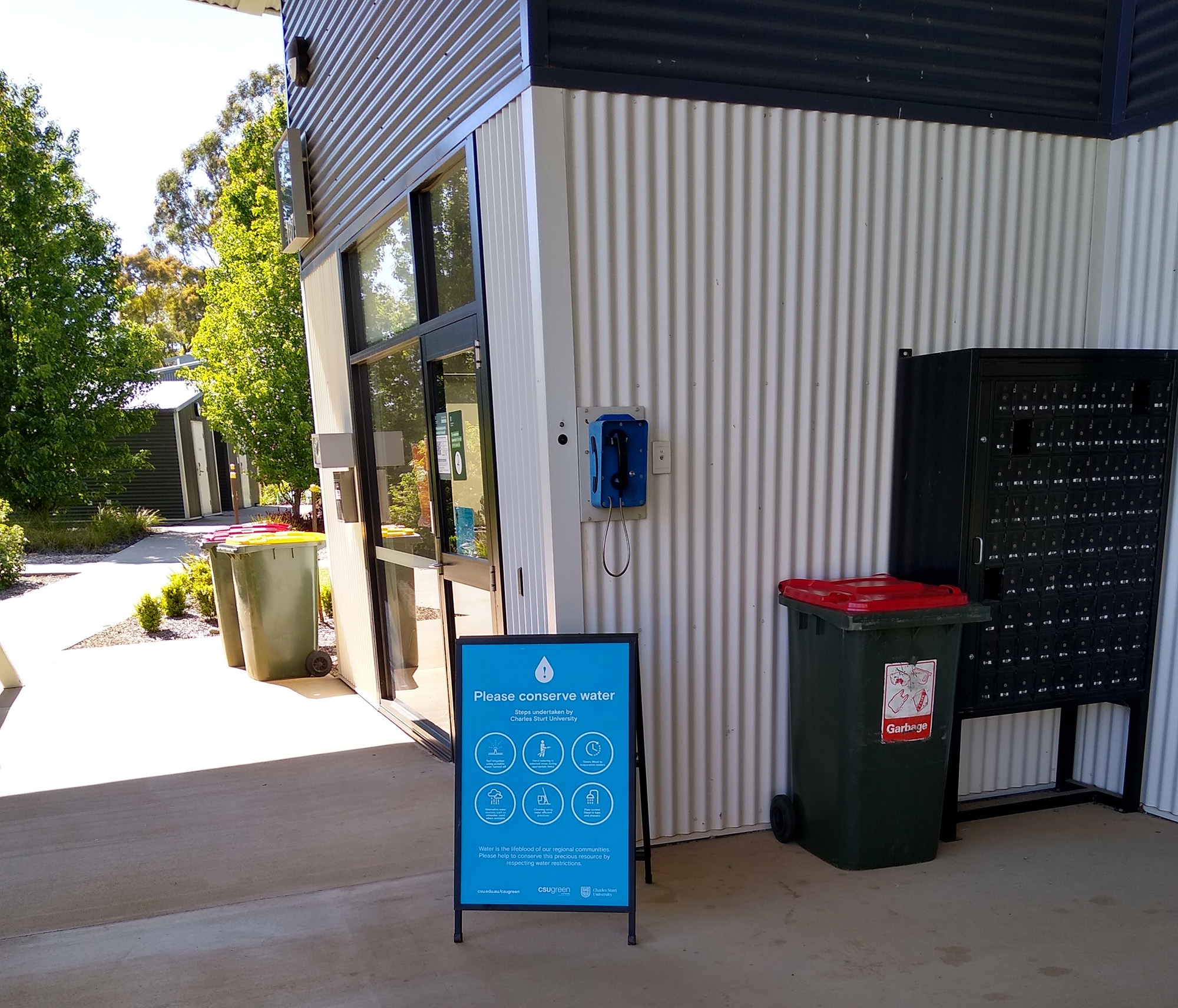 A signage campaign encouraging all campus users to reduce water consumption was installed in bathroom amenities across all campuses.  See below image: 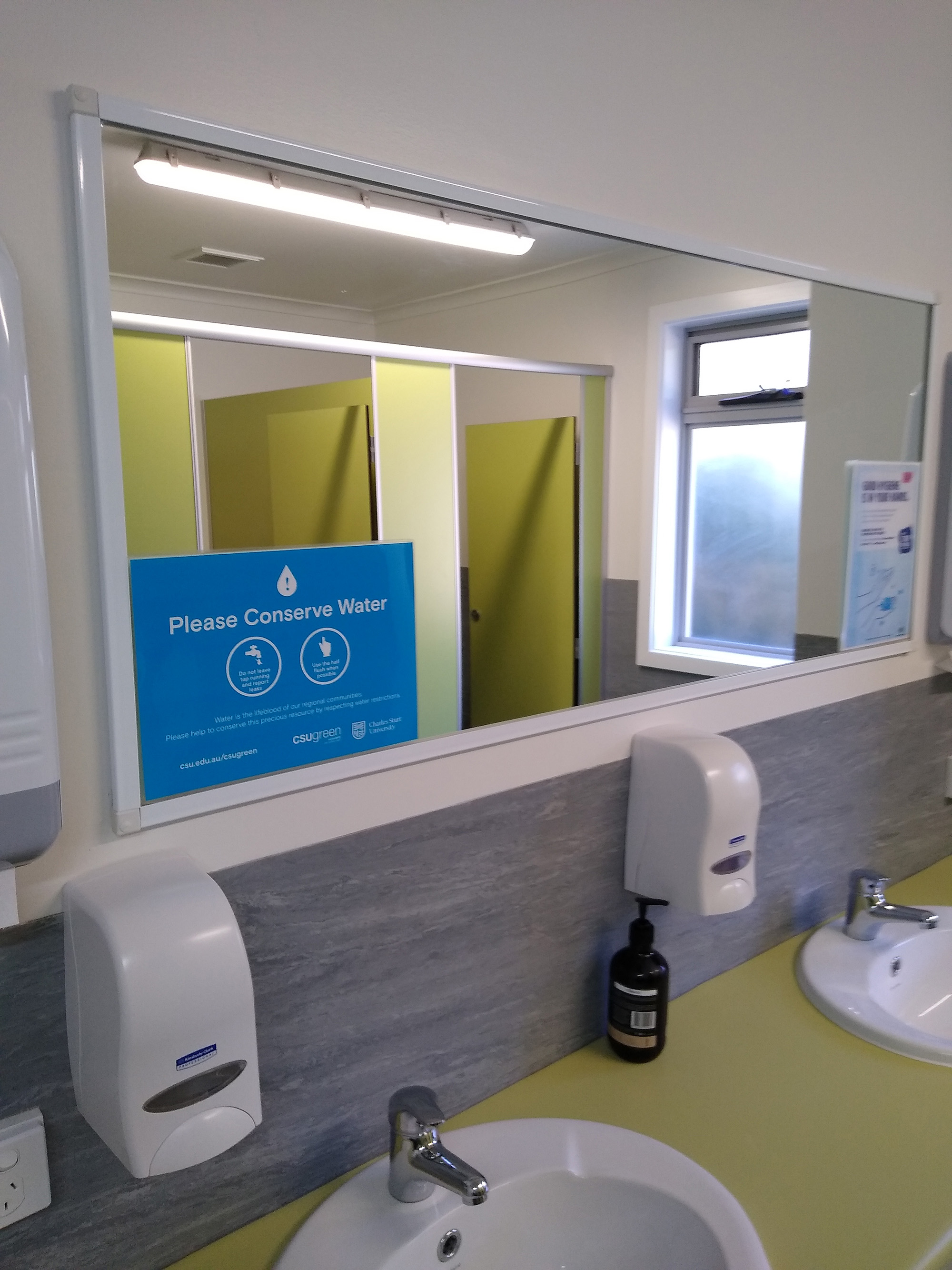 Division of Facilities Management installed a new irrigation system in 2019.  It is an above ground system which is highly adjustable to only water the playing surface.   We installed a weather station which automatically controls irrigation according to conditions.  Watering stops for wind, temperature and waters specific to the conditions.  You can set specific triggers so it waters less and it automatically switches off if it rains.

We installed 32 Hydrowise sites (out of 80 still going in) across Wagga Wagga campus.

All areas are metered so any inefficiencies can be detected.  The system senses changes and alerts managers by email.  This is a highly water efficient system that can be turned off and on automatically.

In line with local water restrictions and in an effort to reduce consumption on our major garden beds, we converted large rotary sprinklers approximately 12lt per minute to drip line.